In 2005, a team of scientists began collecting a deep ice core from the West Antarctic Ice Sheet (WAIS) Divide. In December of 2009, I traveled to the WAIS Divide Camp as a participant with the National Science Foundation’s Artist and Writers program. One of my goals was to document the camp. Inspired by romantic era engravings, this suite of etchings Illustrate the infrastructure of a research field camp and its setting.
I was struck by how much seemed familiar in a landscape that was so foreign. There was a machine shop to repair the ice drill, and domestic comforts like laundry, showers, and a commercial kitchen. But there were also ice crystals floating in the air creating fantastic optical effects. The ever present sun and wind daily swept away the snow groomer’s efforts to keep a clear skiway for flights. 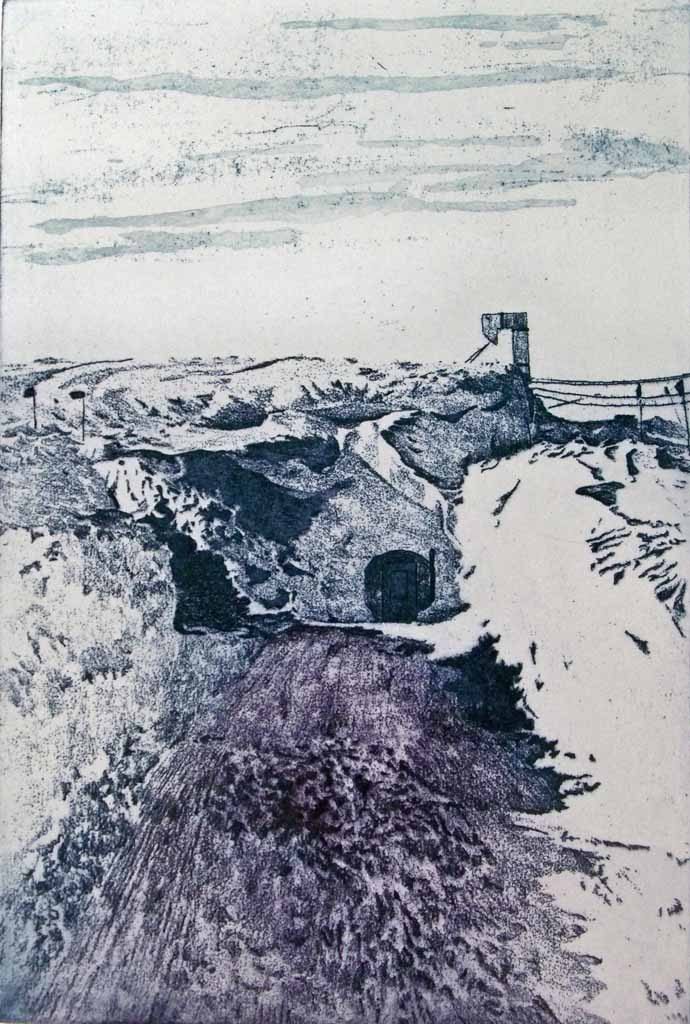 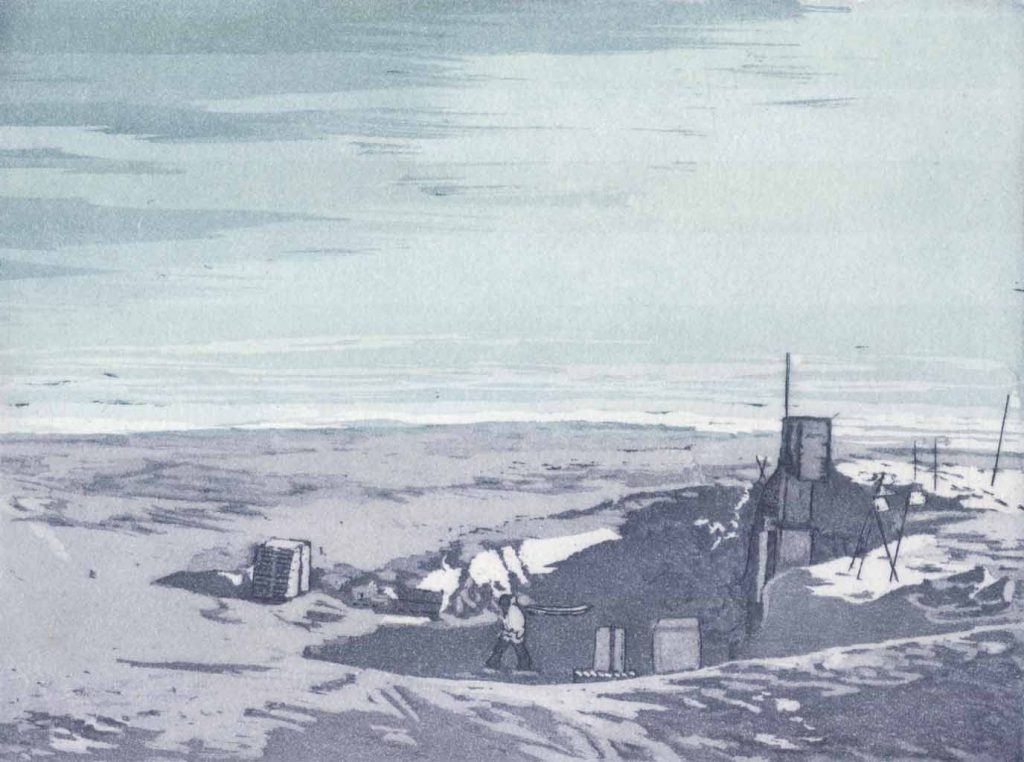 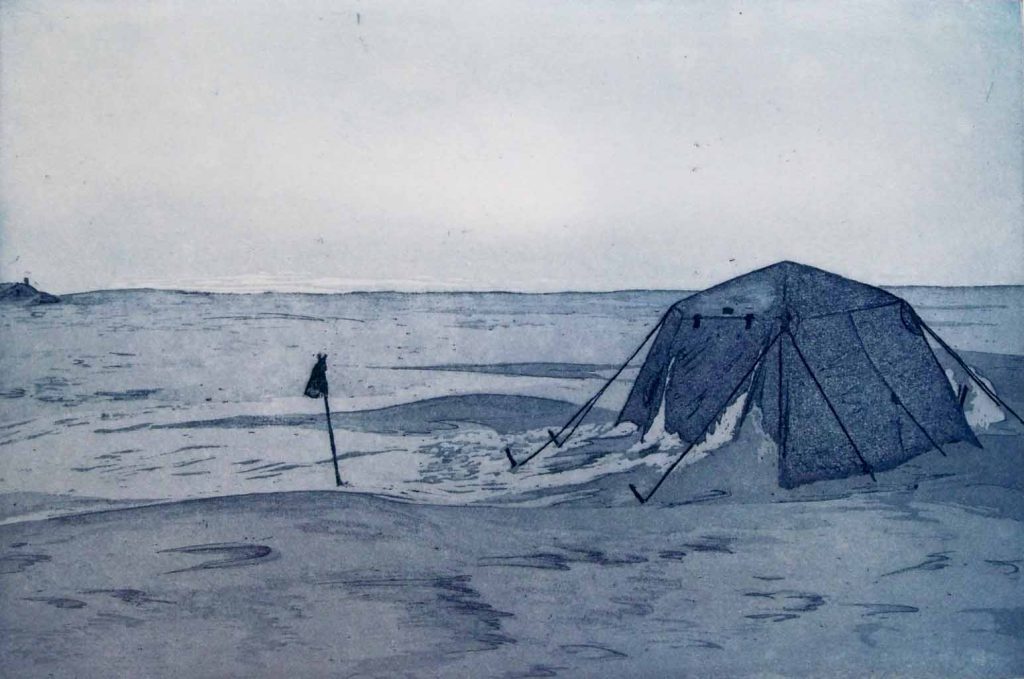 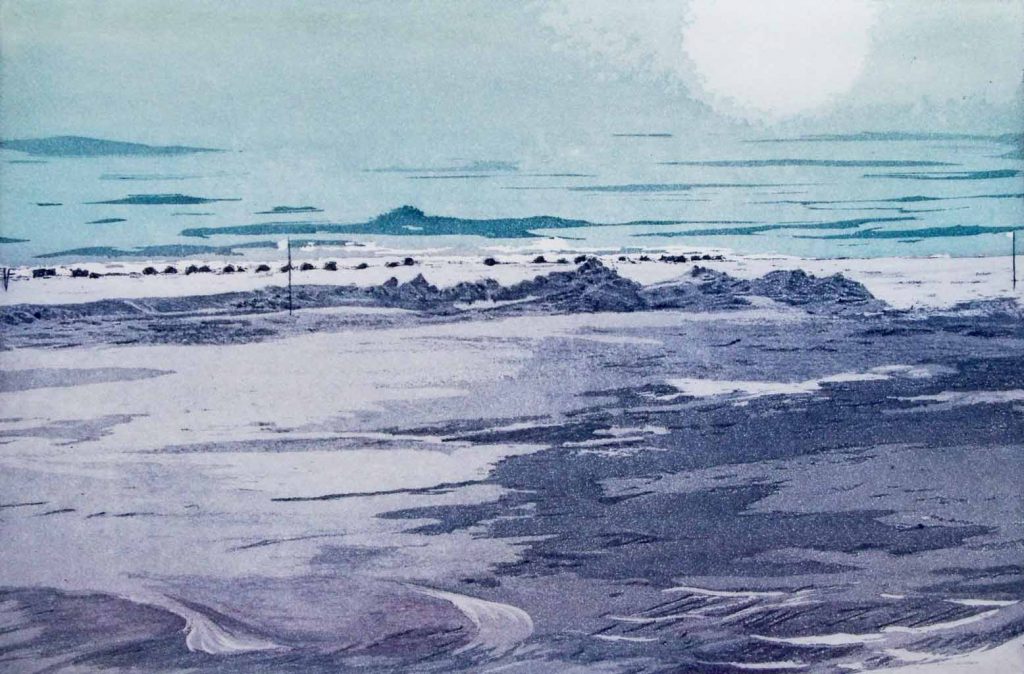 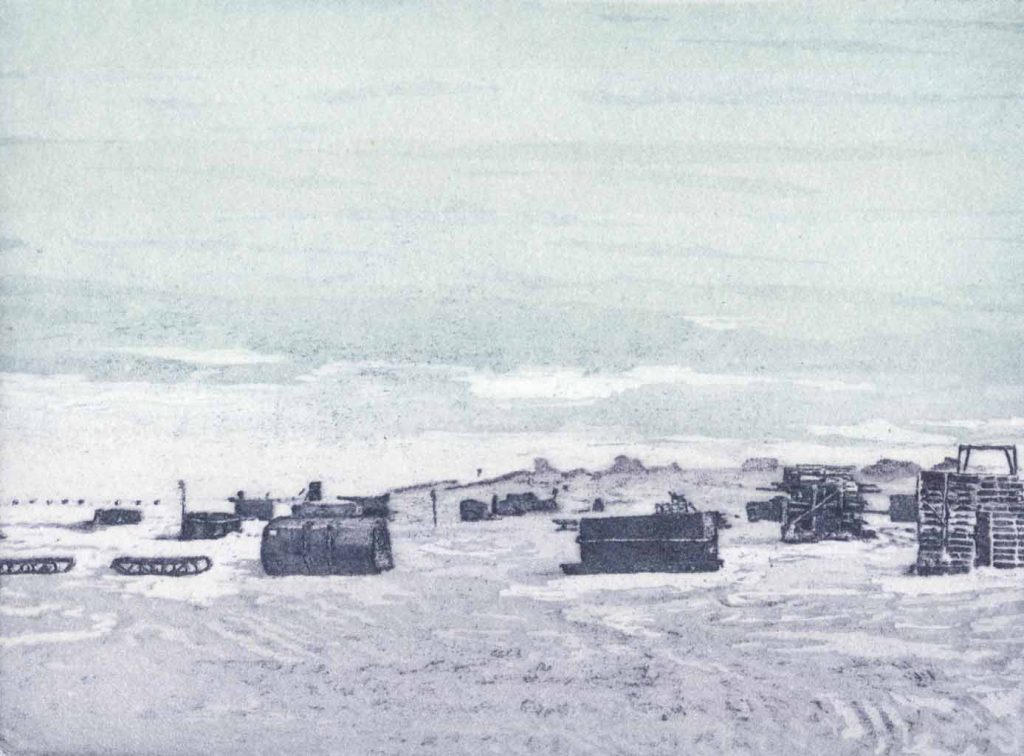 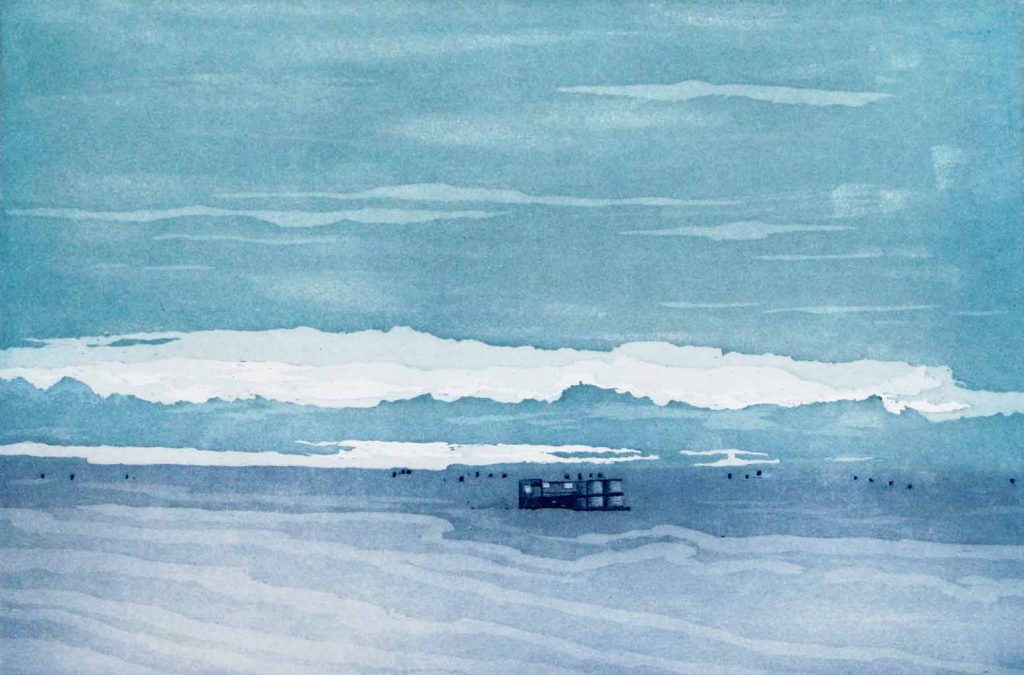 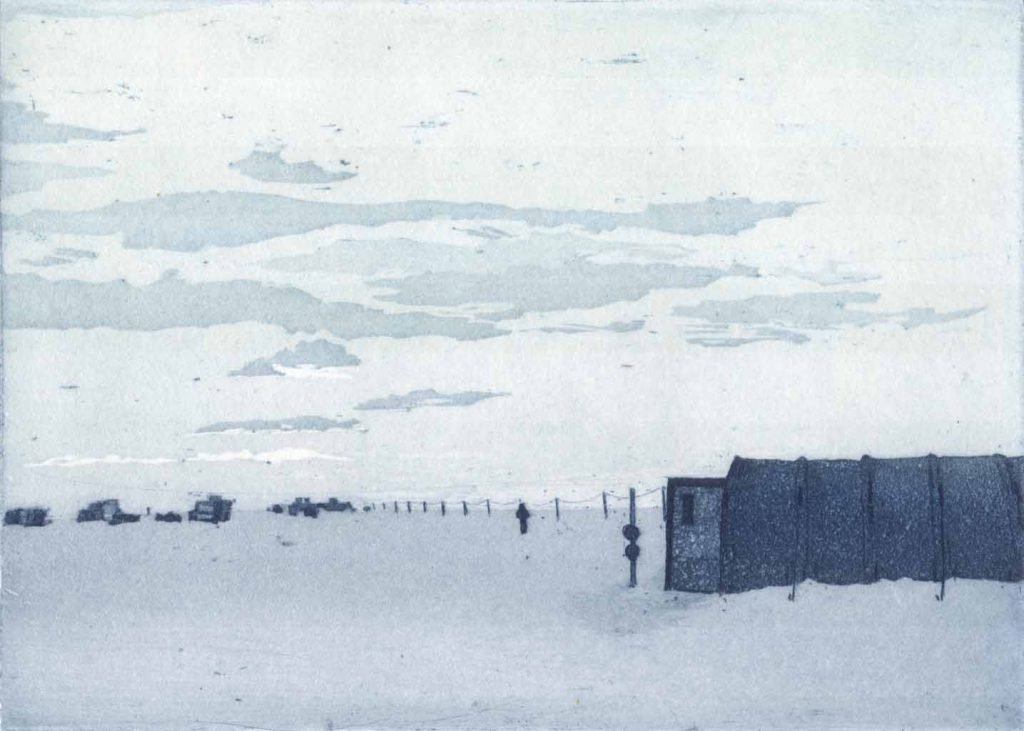 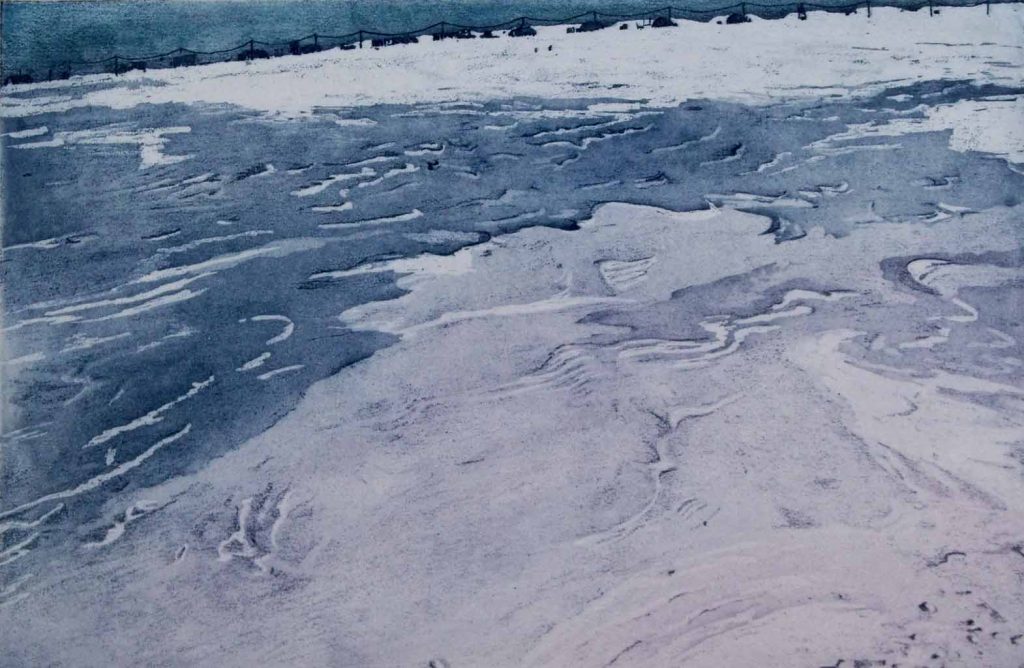 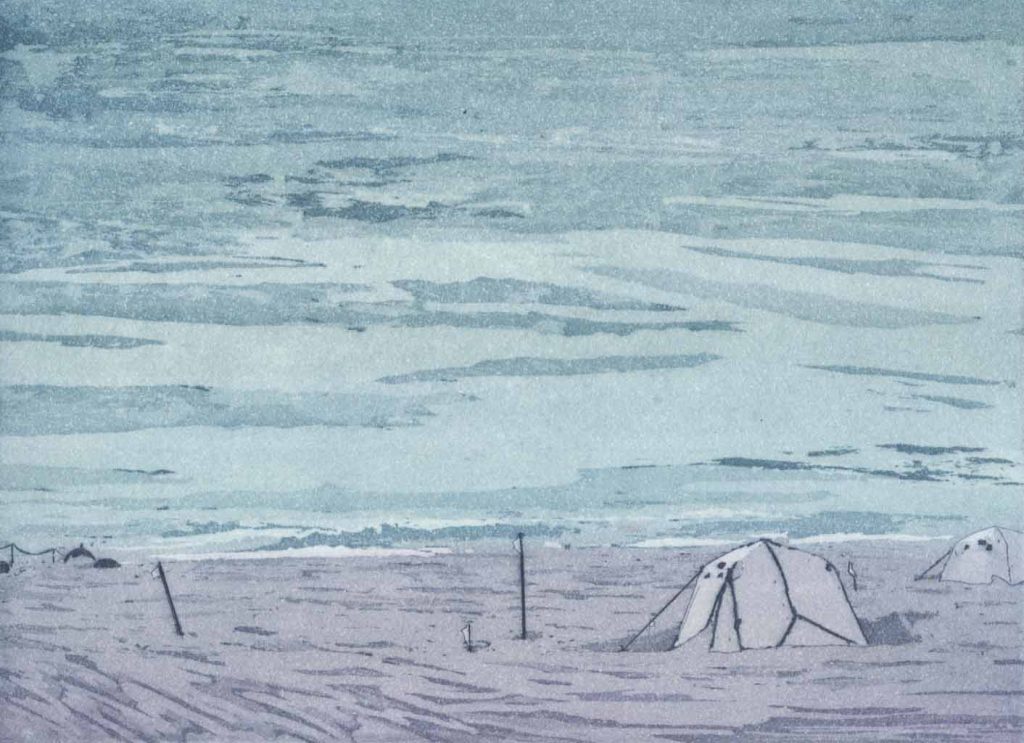 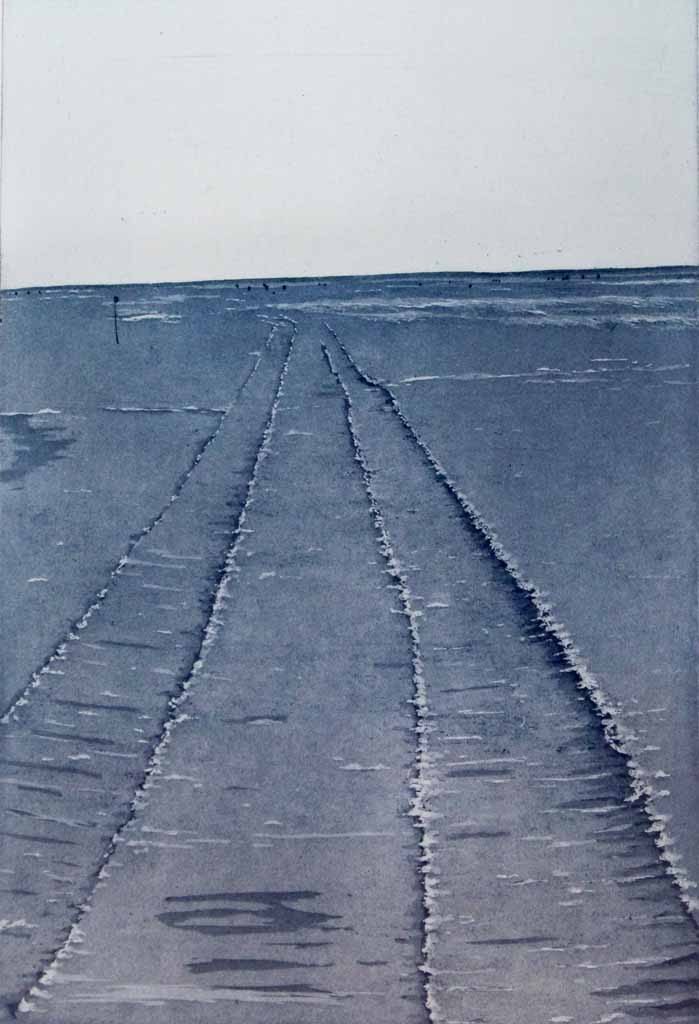 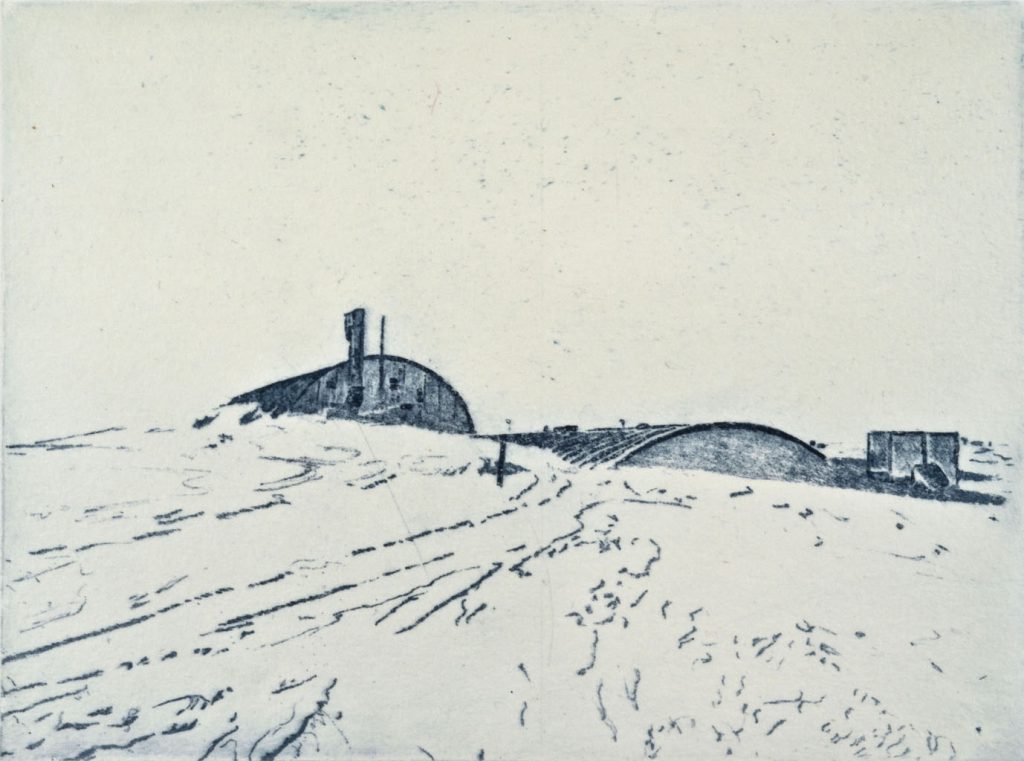