A dominate theme in my work is the portrayal of history and time in the land.  I became interested in ice cores after a winter visit to Alaska.  Scientists use ice cores to determine climate conditions reaching back several hundred thousand years.  I found myself fantasizing about all of the secrets locked in the ice crystal matrices.

I have been creating a series of prints using a set of etched plates, photo-lithography transfers, and collographs since my first visit to the National Ice Core Lab (NICL) in November 2007.  The patterns in the prints come from several sources, including high resolution photographs of ice cores, ice penetrating radar and my own drawings of ice cores and glaciers. The Galleries "Ice Series I" and "Ice Series II" display prints from this effort.

Many thanks to go to Ken McGuire at Desert Research Institute,Geoff Hargreaves at NICL and the National Science Foundation for access to high resolution photographs of GISP2 ice cores; NICL staff; Howard Conway and Ed Waddington at the University of Washington for Ice Penetrating Radar imagery; Ken Taylor at Desert Research Institute for Images of the West Antarctic Ice Sheet; and special thanks to Eric Steig at the University of Washington for access to the ISOLAB and ice core samples. 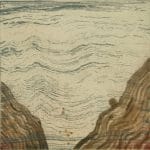 Ice Series I There are some of the first prints that I created about ice cores after visits to both the National Ice Core Lab in Denver (read about that trip here) and the Isolab at the University of Washington. 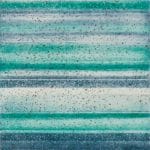 Large Ice Prints These monoprints are a combination of etching and collograph plates that shift between the micro scale of patterns in ice like firn crystals and the macro scale of satellite photos of ice sheets and ice penetrating radar.   2013 2010 – 2011