Evidence Wall is a collection of drawn maps that together suggest an array of clues, but without precise determination. These were developed using a variety of sources, from highly detailed satellite and Lidar maps, to schematic illustrations of projected sea level rise, flood zones and past glaciations. Evidence Wall was created as a collaborative project with Dr Heidi Roop, and Dr. Peter Neff, who shared pertinent research, images and brainstormed conceptual ideas.

The central drawing, Fingerprinted, takes its name from “static-equilibrium fingerprints”, which refers to regional changes in sea level caused by the melting of land-based ice . The melting ice sheet in West Antarctica reduces the gravitational attraction of the ocean near it, causing a corresponding rise in the North Pacific. This brings into focus the interrelationships of seemingly unrelated and remote places. Global climate change means just that.

The “fingerprint” also references the human hand, specifically the artists own complicity in rising greenhouse gas emissions. Even when unseen, we leave the marks of our actions. We are integral players, affecting and being affected by changing global systems.

This work is currently installed at the Museum of Northwest Art, in the Surge exhibition. Surge is designed to draw attention to climate change and its impact on Northwest’s coastal communities, provides the forum for artists together with environmental researchers and educators to present the public with new perspectives on issues such as flooding, sea level rise and storm surge. The relationships between scientists, artists, educators and community leaders have only strengthened since our first display of Surge, and public interest continues to build.

This is the third year Surge is being presented by the Museum of Northwest Art, co-hosted by the Skagit Climate Science Consortium (SC2). 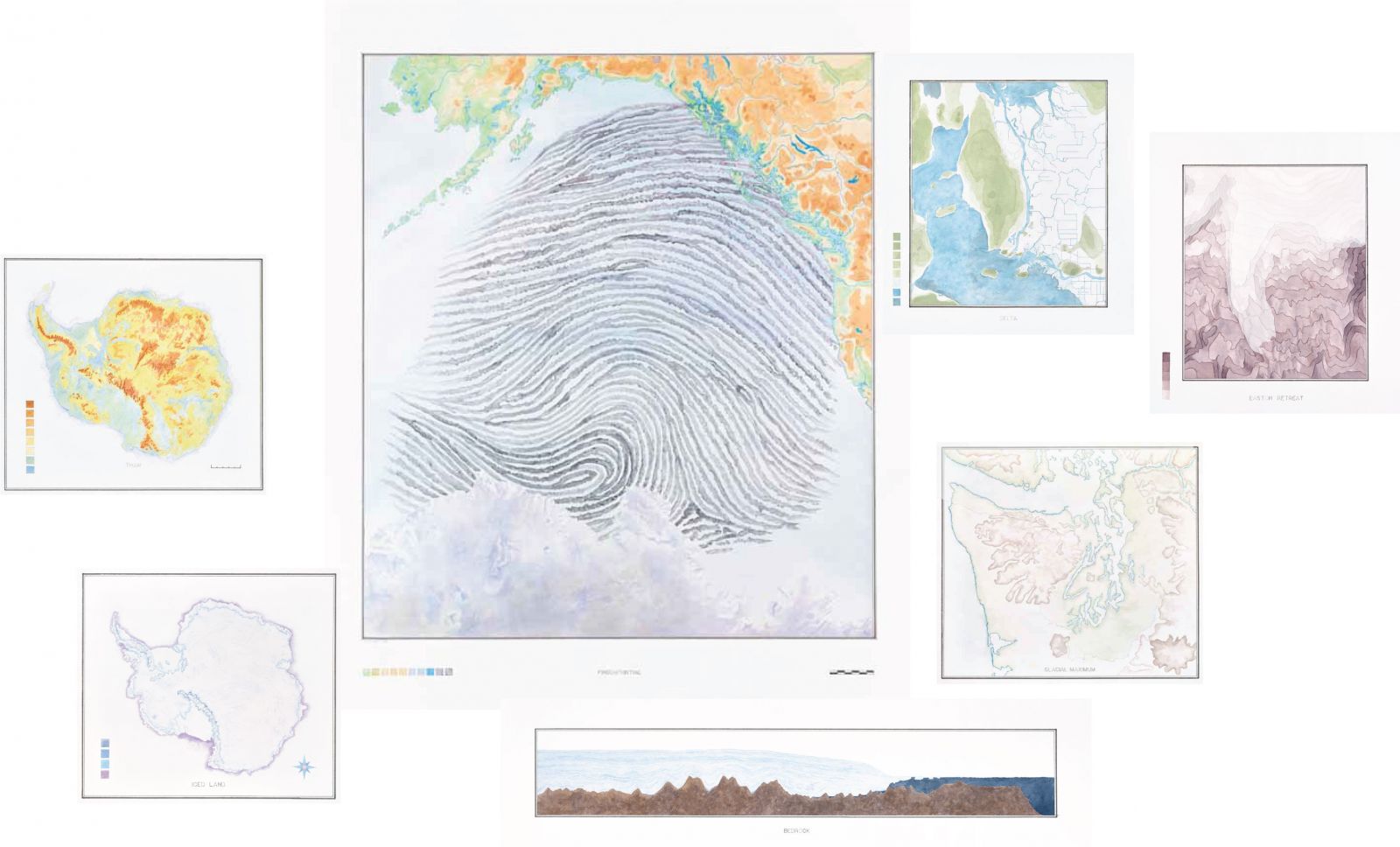